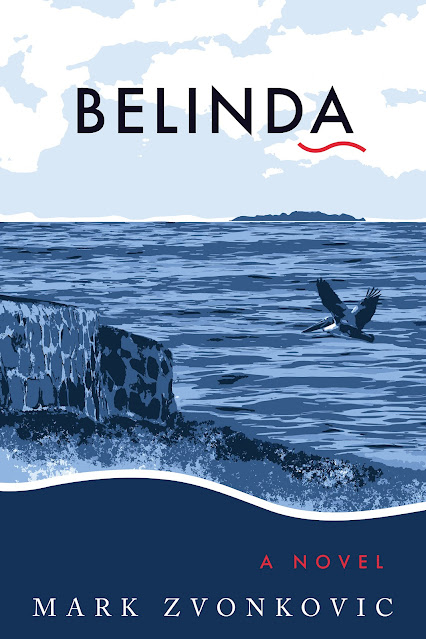 “You will keep turning pages not just for the pleasure of his writing, but because you simply have to know what happens next.” — Mark Pryor, author of Die Around Sundown and the Hugo Marston series

“Belinda is a thrilling novel with gripping layers of legal and corporate intrigue, but it’s Zvonkovic’s character work and timely themes that propel the narrative to new heights. Part romance, part legal drama, Zvonkovic blends genres and defies expectations with each turn of the page, ultimately creating an emotional exploration of justice, purpose, and legacy.” — James Wade, Spur Award-winning author of River, Sing Out

“Fans of characters such as Tom Clancy’s John Clark, as well as other readers who are interested in the techno-thriller genre, should find Belinda to be a thoroughly captivating and satisfying read.” — David Loux, Author of Chateaux Laux
​
“A spy thriller meets legal fiction meets romance novel.” — Kirkus Reviews

Set in the conference rooms of a white-shoe Houston law firm and the stunning coastline of Baja California, Belinda is the story of a woman’s bravery and resourcefulness at the end of her brilliant career. Her decision to fight her firm’s men in suits who demand her retirement is called into question when a man once her lover appears after a long unexplained absence.

Against a backdrop of romance and legal drama, the novel explores questions about love, the law, and the anxious precipice of life change. Is it ever too late to be swept away by romance? Can true justice ever be attained when the law’s practitioners are corrupt? And when your work is what defines you, what’s left after retirement?

​During a week of surprises and abstruse events, Belinda sees the once presumed greatness of her life flicker as she forces the moment for her decision to a crisis.

BUY THE BOOK:
Amazon ~ Barnes & Noble
Indiebound~ Bookshop
BookBub
add to goodreads
You May Also Enjoy These Other Books in The Raymond Hatcher Story Series: 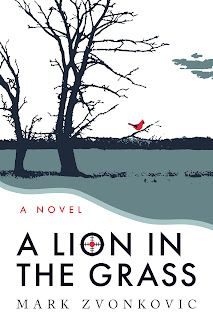 Set over the course of six decades, A Lion in the Grass documents the despair and hope of a spy who suffers the murder of friends and enjoys the success of mentoring protégés.

​The story is told through alternative viewpoints of Raymond, his protégés, and the French villain. The novel digs deeply into questions of love, self-doubt and hatred, all foisted upon Raymond during a career from which, he discovers, it is impossible to retire.

A harrowing extraction of members of a religious cult goes awry.

Junior high teacher Larry Brown teams up with experienced extractor nicknamed Black Lightning to rescue his cousin from a cult. But the mission is complicated by Larry’s unfaithful girlfriend and the drowning of another cult member in the Charles River. And then Larry’s cousin isn’t as willing as Larry hoped. These events work together on a day in a family vacation home on Cape Cod to turn Larry’s world upside down.

Spanning a ten-day period, The Narrows chronicles the personal and social challenges that took place during the cultural transformation of the 1970s.

Mark Zvonkovic is a writer who lives in Rosarito Beach, Baja California Mexico with his wife Nancy and their two dogs. Finn and Cooper. He has written three novels, and he also writes book reviews and essays that appear in online publications. Before retiring to Mexico, Mark practiced law for thirty-five years at three multinational law firms in Houston, Texas and New York City. He attended college at Southern Methodist University and Boston University, and his law degree is from SMU School of Law. Mark grew up as an oil company brat and lived in Latin America, Texas and New York.

Breaking an addiction to a monolithic purpose.

I stood at the window, looking at the top of an old stone wall that holds back the hill behind it. An early morning snow shower had painted the wall white, but the blue jays and the cardinals had found the seed I’d sprinkled in the area the night before. Soon, I lost my focus on their activity. My thoughts turned inward to the next chapter I planned to write that morning. This was a frequent morning ritual. With reflective purpose I marked my existence: it is morning; I am breathing; the world is turning; I will begin writing after I make the coffee. My impressions and thoughts from my life will soon ebb into words on a page, in my writing place, the loft of a restored barn just down the path by the stone wall on which the birds were now indistinguishable red and blue blurs.

Before I became a writer, I was a lawyer for forty years, living in the city. Those mornings I made the coffee, dressed while it brewed, drank it, and then walked forty blocks along Central Park and across midtown to the fortieth floor of a shining obelisk adjacent to Bryant Park. My purpose was monolithic. The people I passed and the streets I crossed had no significance beyond their markers of the progress of my journey. At my office I marked the hours with coffee cups, emptied and refilled, meetings, scheduled and impromptu, and the continual drafting of long, boring indentures. The view of the Hudson River from my office window was majestic, but I rarely looked at it, except for moments I would inadvertently push aside my routine to dream about the end of my lawyer’s life.

My law career over its history became an addiction. Its irrelevance was absurdly comfortable, even enticing at times. When I didn’t go to the office for a time–a vacation, for example, or even a week-end–I suffered cold sweats of anxiety. I needed the fix of my law career. After all, who was I without it? The prospect of becoming a new person, one with a different purpose, was terrifying. I would fail at whatever I did. I was sure of that. And then, one day, I realized that my addiction was leading to my quietly quitting. I had to go, if for no other reason than sparing myself the self-embarrassment from staying.

The protagonists in my novels grappled with similar realizations that it was time to move on. Of course, they faced life-changing mysterious events, nothing so mundane as my deciding to retire. Larry Brown in The Narrows thinks he is rescuing his cousin from a cult, only to be startled by what he finds after he takes part in the kidnapping. In the end he realizes that his life is in a rut. Raymond Hatcher in A Lion In The Grass, forced into retirement by the Agency, realizes he must go on one last off-the-books mission to make right several related horrible events from his spy career. He must leave the safety of his farmhouse porch. And Belinda Larkin in Belinda cannot come to terms with a mandatory retirement for a long professional career. Caught up in her anxiety, she doesn’t see that her life is in danger as a result of her lover’s past as a spy from which he had thought he retired. The plots in each of these novels revolve around the difficulties faced by those making a difficult life change, difficulties much like, metaphorically, those experienced by an addict trying to recover.

Breaking an addiction requires rehabilitation. For drug addicts, there are difficult, although well tested, options. Most of them require checking into a controlled environment. To break my career addiction, I created a new environment, which continued the coffee but substituted a farmhouse for an office tower. Early on, I substituted birds for people, and fiction for indentures. But the anxiety about purpose distracted me frequently. Mistakes were made. Consequences were not always anticipated. Such was also the case for the characters in my novels.

Back at my farmhouse window, my unfocused thoughts were slapped by a flash of movement, and then a red disturbance. A cardinal was lifted off the wall, wrapped in the claws of a goshawk. They disappeared into the trees. I’d seen on earlier occasions a perched goshawk disguised in the high branches of a fir tree nearby. I’d unwittingly made a place setting on the wall for him with the bird seed. Outrage slammed into my chest. I ran out the door, intending to scream my anger at the hawk, to proclaim to him that I would not be callous to this atrocity, as I had during my addicted days to my law partners’ disingenuous. But it was peaceful by the wall and I was quiet. A bluebird called from a hiding place in a tree. The tragedy was over, even if still holding a grip on my heart. I went back to the house to make the coffee. I would never put out the seed again. And I would leave thrilling responses to my fictional characters.