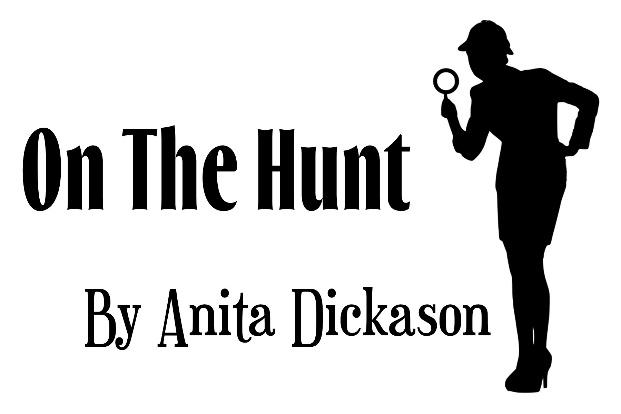 The Mystery Of Book Plates by Anita Dickason

Ever pick up an old hardback book and marvel at an intricate bookplate on the inside of the front cover? Maybe it had an inscription, name, or title. Over the years, it became a thought-provoking mystery whenever I came across a new one. What prompted the bookplate, and who was responsible? How old was it? There have been times that I was more fascinated by the bookplate than the content of the book. I have even saved a few weathered and tattered books I’ve found in used bookstores for that very reason, the bookplate.

It wasn’t until I started writing that I became involved in a project that led to a renewed interest in bookplates. A friend, a fellow author, called. She knew about my activities in graphic design, specifically photo restoration. Her husband had a book dating back to the early 1900s. Inside was a bookplate he liked. Since her husband routinely lent his books to others, he wanted to use a replica of the bookplate to identify his books. She asked if I could recreate it. 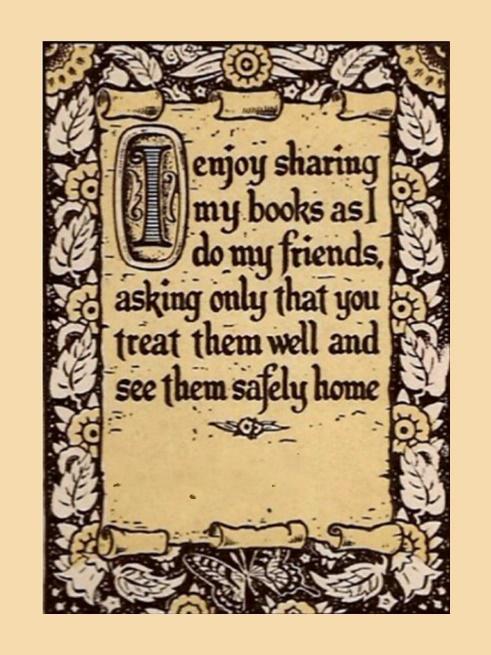 What a challenge. Of course, I said yes. I’d see what I could do. The bookplate was worn and stained, the edges torn and loose. Due to the age of the book, scanning the bookplate was problematic. I had to be careful not to further damage the spine, which meant the bookplate was not flush to the surface of the glass for the scan. Even though the image was less than desirable, it at least gave me a starting point for the restoration. The result closely mirrored the original.

Working with the vintage bookplate turned into a new endeavor, custom-designed bookplates. It also prompted my delving deeper into their history.

Also known as ex-libris, Latin for ‘from the library of,’ bookplates are nearly as old as printing itself. Dating back to the late 1400s, the original purpose of bookplates was to identify the owner. Books were rare and expensive. Only the affluent families of the era could afford to own personal libraries and considered their books valuable possessions.

Because books were passed to friends and relatives, affixing a bookplate to the inside cover with the owner’s name was a means of assuring the book would be returned or identified if stolen. 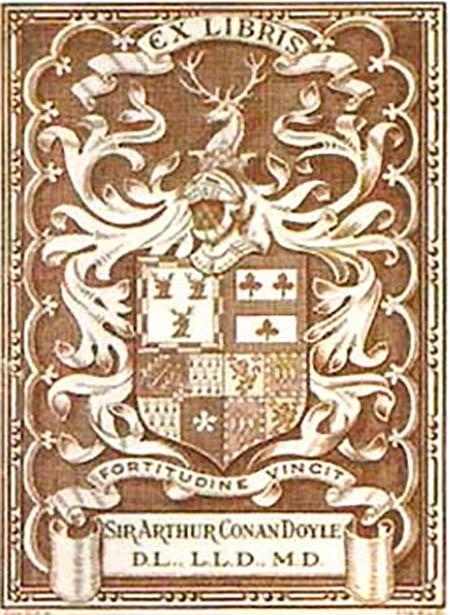 The bookplate also established the prominence of the owner in the social community—a means of conveying that the individual was wealthy and influential.

Motifs and engravings ranged from crests and coats of arms for the nobility to landscapes, images of castles, ships and, of course, books. Many famous individuals had personalized bookplates, including Paul Revere, George Washington, Theodore Roosevelt, and authors such as Rudyard Kipling, Shakespeare, Charles Dickens, and Sir Arthur Conan Doyle. Can you imagine the thrill of finding a book owned by the author who created Sherlock Holmes?

As printing methods improved, decreasing the cost of books, and the advent of paperbacks, the use of bookplates dropped. While they continued to be an object of interest to collectors and historians, they seemed to have little value in the modern era of publishing. 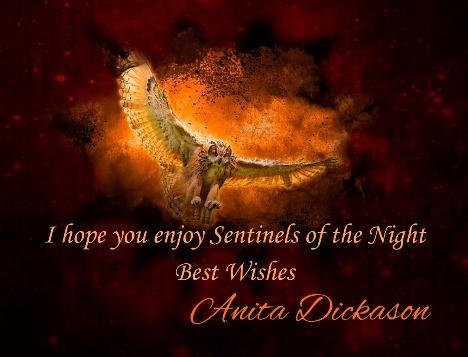 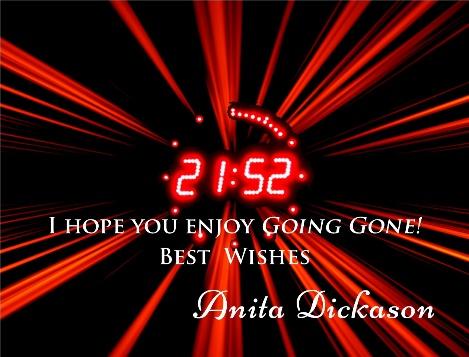 It wasn’t until print-on-demand and the internet opened the door to book publishing that bookplates came to the forefront. They took on a new presence for book owners and authors. Bookplates once again became a fashionable trend.

For authors, bookplates are a way to autograph a paperback or hardback book without having access to the book. All it takes is an envelope and stamp, and a bookplate can be sent to the book’s owner. Just peel and stick. Many authors will provide an autographed bookplate. 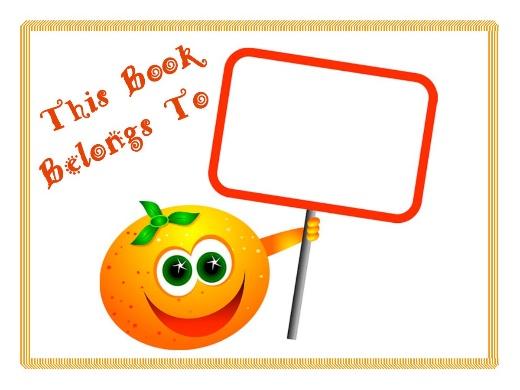 For friends and family members, bookplates are a fun way to send a special message with the gift of a book, especially for children. 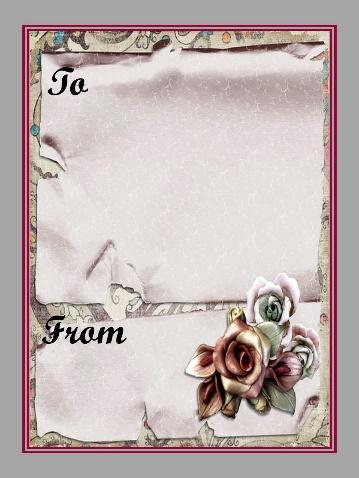 With the holiday season just around the corner, there is no better gift than a book. Consider making it unique with a signed bookplate. Customized bookplates are also a fun way to personalize a collection of books.

If you want more information about bookplates, please get in touch with me at anita@anitadickason.com. If you have purchased one of my books, either paperback or hardback and would like an autographed bookplate, email your request.